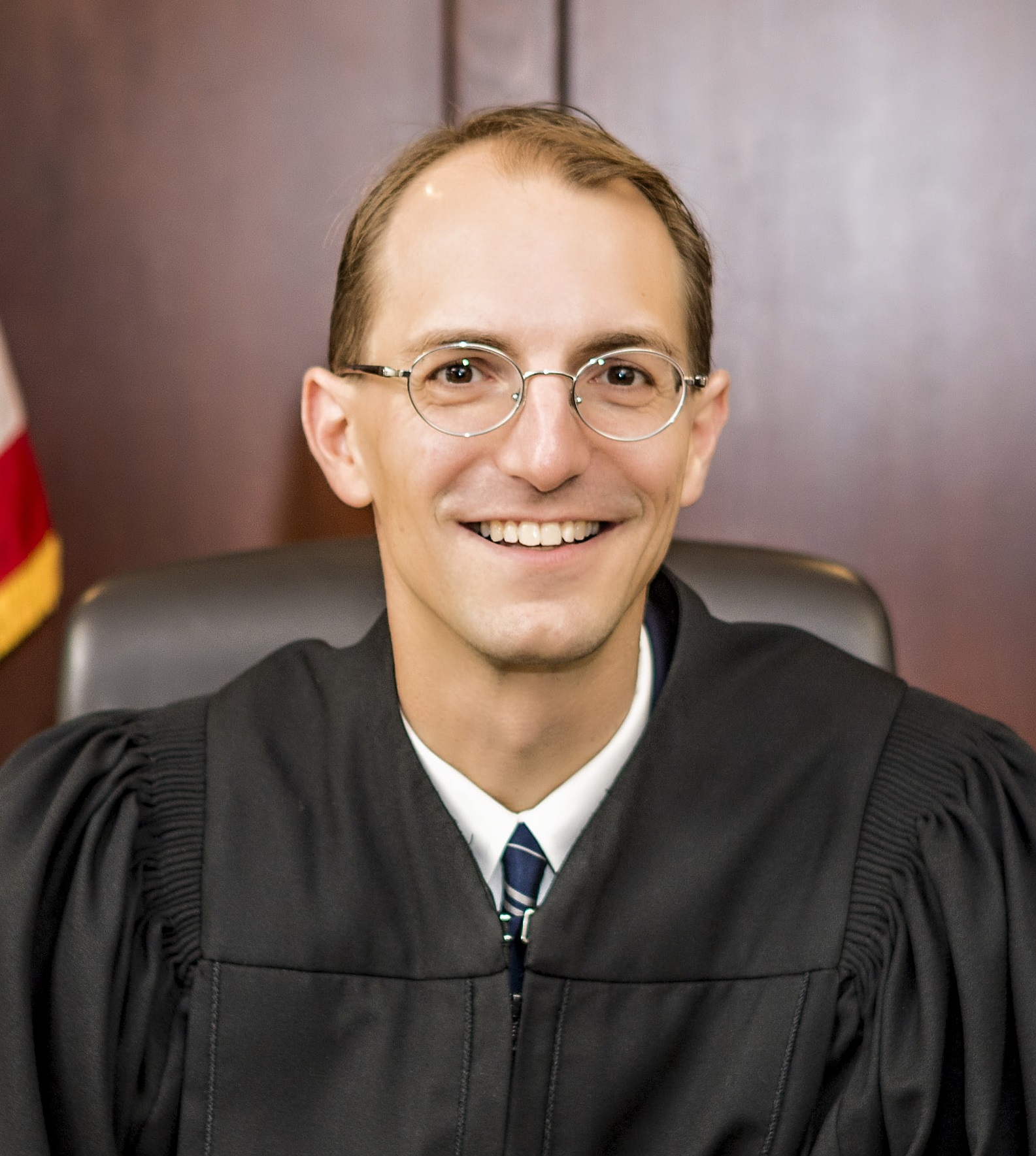 Judge David A. Hejmanowski received his undergraduate degree, with honors, from Hiram College in 1996 and his Juris Doctor from The Ohio State University Moritz College of Law in 1999, where he graduated as a Public Service Fellow and received the Joseph M. Harter Memorial Award for trial advocacy.

Judge Hejmanowski has been active in our local community as well. He is the attorney coordinator for the Delaware County Interfaith Legal Services Clinic, which has served more than 2,000 clients in eleven years of operation. He has served on the board of the Andrews House and currently serves on the boards of the Ohio Wesleyan Junior League and the Central Ohio Symphony, where he is a past-President. In 2011 he was given the Ohio State Bar Foundation’s district award for community service by attorneys under the age of 40. He is active in leadership and music at his church.

Kari Childs is a Magistrate for the Delaware County Probate/Juvenile Court, focusing primarily on juvenile delinquency matters. Ms. Childs grew up in Westerville, Ohio. She received her Juris Doctorate from The Ohio State University Moritz College of Law, where she was actively involved with the Journal of Criminal Law. Ms. Childs received her undergraduate degree in Criminology from The Ohio State University.

Thomas C. “Casey” Clark, II was appointed and sworn in as Magistrate on September 17, 2019.  Before joining the Delaware County Juvenile Court, practiced law in and around Delaware County.  Mr. Clark’s general practice included criminal law, traffic law, domestic relations, probate, and of course, juvenile law.  He has represented children, parents, grandparents, aunts and uncles in custody and family related matters since the beginning of his practice.

Mr. Clark grew up in Delaware, Ohio graduating from Delaware Hayes High School in 1984. He graduated from the University of Cincinnati in 1988 and from the Ohio State University College of Law in 1991.

After completing his education, he returned to Delaware to begin the practice of law where he worked with his father, Thomas C. Clark and Keith A. Boger.  He taught Business Law at Marion Technical College as an adjunct professor.  He has served on numerous boards and community organizations including, Andrews House, Recovery and Prevention Resources and the Delaware County Board of Developmental Disabilities.  He continues to work with teens through the Ecumenical Youth Group located in Delaware as he has in some capacity since 1991.

Robert Rice is a Magistrate at the Delaware County Probate/Juvenile Court.  Prior to his full time duties as a Magistrate, he served the Court as the Staff Attorney since February 2015.  Mr. Rice grew up in Tennessee, where he earned his undergraduate degree from The University of Tennessee where he majored in Political Science.  He later earned his Juris Doctorate from Regent University School of Law, where he was Editor-in-Chief of the Regent Journal of Law and Public Policy.

Prior to his employment with the Court, Mr. Rice was an Assistant Prosecuting Attorney for the Delaware County Prosecuting Attorney’s Office, where he handled juvenile delinquency matters.  Mr. Rice is a member of the Delaware County Bar Association, as well as the Ohio State Bar Association where he serves on the Council of Delegates.  Mr. Rice and his wife have previously served on the Scioto Valley Young Life Committee.  Mr. Rice and his wife currently enjoy raising their two young, and very energetic, boys.